Does Volterra sound familiar to you? Probably from the recently popular Twilight books. When Bella goes to Italy to save Edward from stepping out into the square in daylight...that was in Volterra. (They didn't actually film the movie in this town though, it was further south.) Aside from Twilight though this town is so lovely. It is a walled Etruscan city (which means it's older than Roman times!) up on top of a hill with so much charm and a lot less tourists then a lot of places in Tuscany. 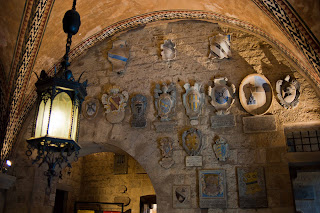 The walls of the city used to be twice as big as they are today. There is one remaining city gate from Etruscan times. A lot of the wall was destroyed by the Nazis, but this one arch the Volterra people took up all the stones from the street that led to it and filled it to the top so that the Nazi's wouldn't blow it up. After WWII they took all the stones out and put them back down on the street. Really neat story. 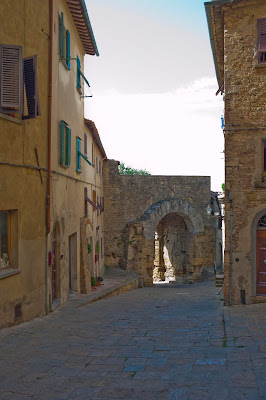 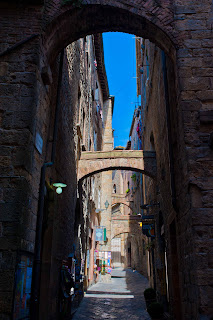 Of course Rome came in and took over Volterra at one point so there is a Roman theater that was later mostly taken apart to make some baths. 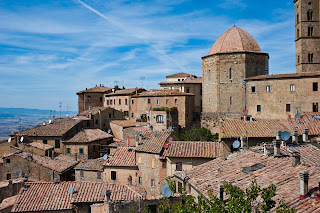 Overall I really loved Volterra. It was fun to just wander the streets and take it all in. Walled cities are nice because you can wander as much as you want and know you're still in the city as long as you haven't gone out of the walls.
Posted by Jen at 9:39 PM