Cinque Terre is a string of five villages on the cliffs next to the ocean in Tuscany. There are hiking trails connecting each of the villages and also a train you can take. Overall I felt it was a beautiful but a bit of a disappointment. I have been looking forward to going here for quite some time. I had no idea it was a HUGE tourist destination. There were so many tourists there it really took away from the environment. Especially since most of them were speaking english...I know that sounds weird but American tourists really bug me. I like to feel like I'm in Italy when I am. 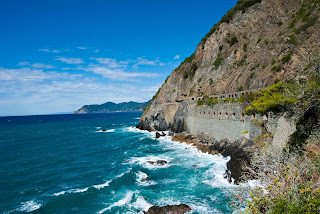 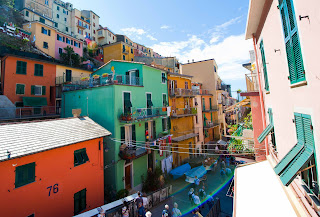 Don't get me wrong. It was amazingly beautiful. But it was the kind of place that you expect to be deserted and more remote. I have heard that the locals say that it deserves a quiet kind of respect that it has not received since being "discovered". 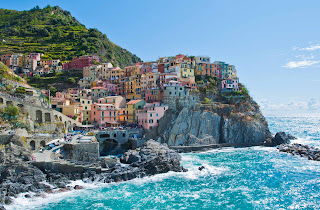 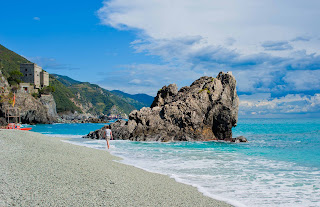 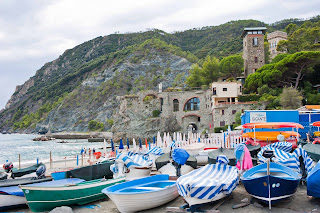 Be sure to try the AMAZING Foccacia bread in Monterosso (the last village), they are famous for it. I had a potato flavor that was smothered in delicious olive oil and I still crave it. 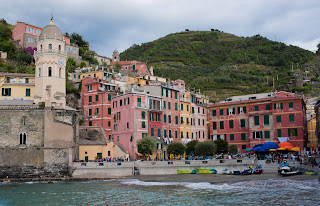 The houses are built right into, on and around the rock. I wondered if some of them even have the natural rock as part of their walls inside. 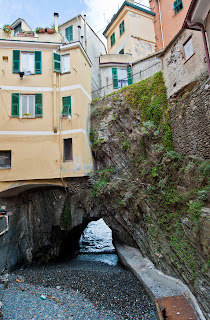 To get there you drive to La Spezia, park at the train station (or a few blocks away, the street parking is cheaper then the train station parking garage). Buy a Cinque Terre train ticket for 10 Euro which includes access to the trails or if you only want to hike, pay the 5 Euro to access the trails. But the train ticket is a pretty good deal because you can get on and off between the towns as many times as you want. I think next time I go I would like to stay the night in one of the villages to get a better feel for Cinque Terre.
Posted by Jen at 9:37 PM